Which Players Are Coming To The Cardinals Caravan? 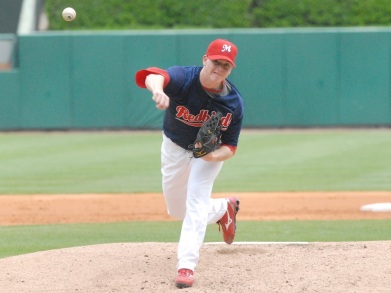 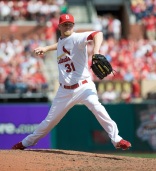 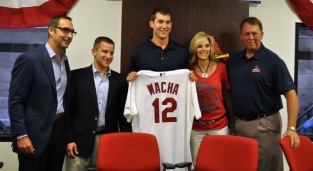 The St. Louis Cardinals Caravan is making its annual trip to Memphis and visiting AutoZone Park on Sunday, January 20. The event is slated to begin at 6:30 p.m. in the Champions Club on the club level. The program will offer first-come, first-served seating with doors opening at 5:30 p.m. Admission is free and the event will feature complimentary food and soft drinks.

This year’s attendees include former Redbirds Matt Adams, Sam Freeman, and Brad Thompson. Former Memphis Chick and National League All-Star Ryan Franklin and Cardinals’ 2012 first round pick Michael Wacha will also join the Caravan along with broadcaster Dan McLaughlin. Players will discuss the past and upcoming season during a question and answer session with youth autograph opportunities to follow.

The Cardinals will be implementing a new Autograph Ticket system this year. The first 400 kids (15 and under) through the door on the day of the event will receive a free Autograph Ticket which guarantees one autograph from each current and former player. Autographs will only be available for kids 15 and under.

Adams enters the 2013 season ranked as the Cardinals’ #7 prospect by Baseball America. The 24-year-old batted .329 and belted a team-leading 18 home runs in 67 games at first base for the Redbirds last season while also making his Major League debut for the Cardinals. The Cardinals’ 2011 Minor League Player of the Year batted .244 with a pair of homers and 13 RBIs for St. Louis while filling in for the injured Lance Berkman.

Freeman continued a successful comeback from Tommy John surgery in 2012, logging a 1.89 ERA between Double-A Springfield and Triple-A Memphis before making his Major League debut for the Cardinals in June. The southpaw concluded his breakthrough season by pitching in the prospect-laden Arizona Fall League and being named to the Rising Stars Game.

Franklin spent the final five seasons of his 12-year career with St. Louis and was named to the 2006 National League All-Star squad. Franklin pitched for the Double-A Memphis Chicks in 1997 and currently serves as a special assistant to the GM in the Cardinals baseball operations department.

Thompson, who pitched parts of six seasons with the Redbirds from 2004-09, primarily worked out of the St. Louis bullpen for five seasons and was a member of the 2006 World Series Champion Cardinals.

Wacha enters the 2013 season ranked as the Cardinals’ #6 prospect by Baseball America after being St. Louis’ first round selection (19th overall) in the 2012 draft out of Texas A&M University. The 6-foot-6 right-hander posted a miniscule 0.86 ERA in 11 games across three levels in his first professional season and collected a Texas League Championship ring with the Springfield Cardinals.